Get Your Online Access and Join Us in Fort Lauderdale, FL
on November 15-17, 2019 for a Special Wealth Growth Summit.

For years, we have been helping entrepreneurs, sales professionals, and various organizations grow their business. Our back-office team has over 60 years of experience coaching and speaking to people just like you. In addition, we have partnered with some of the most well-known speakers in the world to provide extra value at our various bootcamps, seminars, and summits. You can learn more about some of the featured speakers at this event by viewing their bios below.

What You Will Learn

Through our special three-day event, you will go from waiting on your goals and dreams to moving faster and further than ever before. YOU WILL LEARN IN THIS SEMINAR:

Our goal is to help you achieve your personal and business goals faster and easier than you ever imagined. Past Attendees have seen increases of upwards of 25% to 65% within 90 days of using this system for increasing sales effectiveness.

Below are the speakers who are scheduled to speak at this event. Due to the speakers' various schedules, it is possible that changes are made prior to the event. 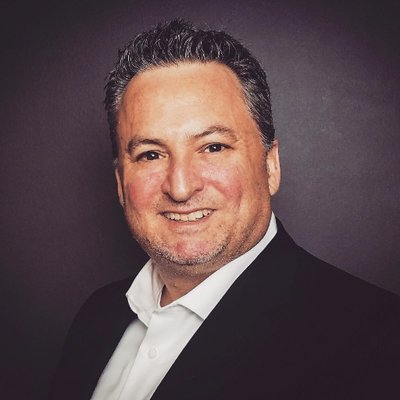 Eric Stoller has produced over 500 live seminars with attendees from 100 to 2000 attendees. These events have featured some of the leading experts in the areas of Personal Development, Brian Tracy, Jim Rohn, Wally Amos, Denis Waitley, to name a few. His unique perspective as a top producer, manager of elite sales organizations, and as an owner of multiple businesses gives us proven and powerful sales strategies to increase our results. As a speaker, Eric has done over 8,500 meetings to over 3,000 different companies, while training over 500,000 sales professionals over the last 21 years. Eric is the President of Champion Mindset, LLC, as well as the founder of the Les Brown Institute and has consulted with hundreds of companies on developing seminars and conferences. 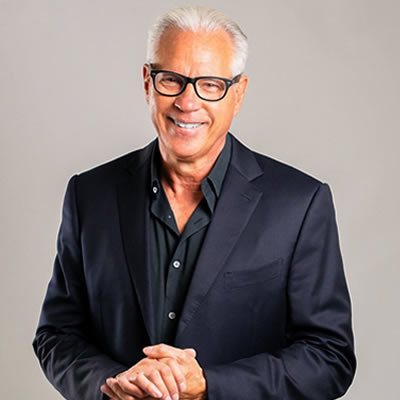 Omar Periu was a self-made multi-millionaire before the age of 31, owning some of the most profitable health clubs, sports medicine facilities, and other businesses. He subsequently built Omar Periu International, one of the leading wealth training companies in the world. He has trained more than two million people and has worked with more than two-thirds of the Fortune 500 companies. He has shared the stage with Zig Ziglar, General Colin Powell, President Ford, Larry Bird, Harvey Mackay, Jim Rohn, Terry Bradshaw, Paul Harvey, and Lou Holtz, among others. He is a member of the National Speakers Association and has been inducted into the prestigious International Platform Association. His peers and colleagues refer to him as “The Master Motivational Teacher." Omar discovered the secret to wealth and prosperity.  Now – let him help you discover your best life. 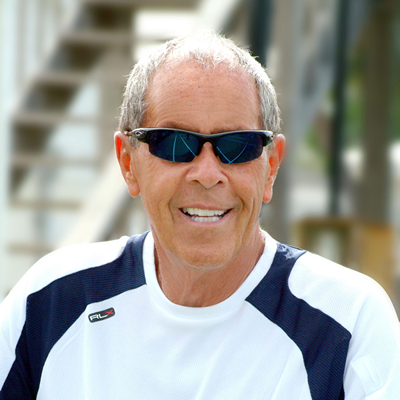 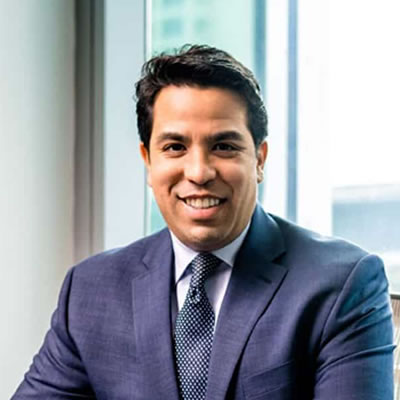 Oscar advises and consults with Fortune 500 Companies, executives, managers, sales professionals and entrepreneurs in the areas of peak performance, leadership, organizational behavior, productivity and the psychology of achievement and sales. Oscar is a former Peak Performance Strategist for Tony Robbins and Chief Learning Officer with The Les Brown Institute. Oscar combines his 19 years of sales and marketing experience in these industries with Champion Mindset’s cutting edge tools and strategies to help firms and their teams maximize their untapped human potential. Oscar’s greatest passion is to help and inspire human beings to achieve their full potential and dreams. 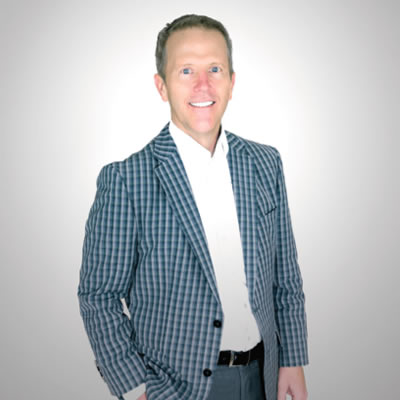 It took about 30 years of TV cameras and news scripts. Then, the lights came on. That’s when award-winning broadcaster Darin Adams discovered that the secret of TV is the secret of life. It’s always better with passion. He’s done just about everything when it comes to TV. As a lifestyle host, he tracked down celebrities like Martha Stewart and Pat Sajak. As a sports anchor, he has tried his hand at rodeo riding on a runaway horse. As a weather anchor, he drew pictures of animals in the satellite clouds. As a morning feature reporter, he has eaten crickets and had liposuction performed on him while talking on camera. He’s worked in cities from Louisville, Kentucky to Kalispell, Montana—from Boston, Massachusetts to Pocatello, Idaho. He currently lives in Utah with his wonderful wife and four perfect children. 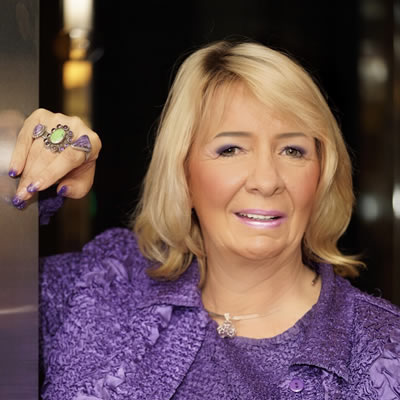 Sherry Watson is recognized as one of the nation’s top experts in the world of nonprofit organizations. Sherry has nearly 30 years of experience in the nonprofit industry, she has generated over $130 million in funding and she has led movements that changed policies at the local, state and national level that has impacted and improved the lives of millions. Sherry's nationally recognized as a leader of a movement that is out to change America for good, that means for the better and it means forever. She's renowned for unleashing the power and passion of America’s nonprofit corporations and socially conscious entrepreneurs with a clear purpose: to harness the power of the people and aim it straight at the chronic problems we currently face today. She’s fueling the movement with the Power of Purpose, a movement throughout the United States in partnership with investment funds and angel investors to build a coalition around passion and power of difference-makers from coast to coast. 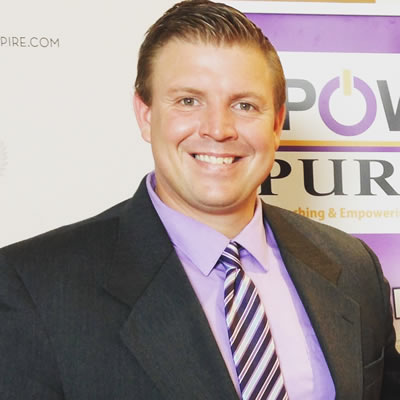 Derek Watson is an entrepreneur who has co-founded several successful socially conscious companies. He is also the founder and executive director of a nonprofit that helps nurture and foster the growth of nonprofits across the country. He is a leading expert on charitable giving of real estate and has helped facilitate and transact millions of dollars worth of real estate for charitable endeavors. Derek has since spent the last decade in both the real estate and nonprofit world. Running a nonprofit and real estate investment projects, he also co-founded an informational marketing company to train people on nonprofit real estate-oriented programs. In addition, he, along with his family, has educated thousands of people on how to launch their own nonprofit organizations through their educational seminars. They have also personally mentored hundreds of nonprofit students throughout the years. Derek has helped generate millions of dollars worth of real estate for nonprofit organizations. He has been featured at various masterminds, thought leadership summits, and seminars around the country and continues to assist nonprofits in acquiring real estate to help foster their growth and outreach. 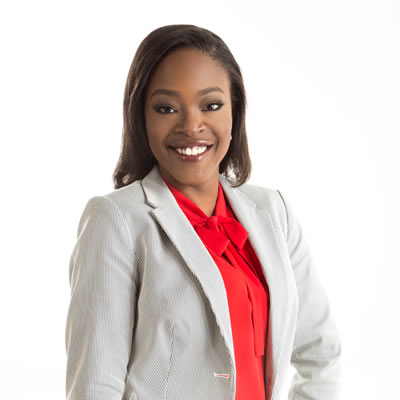 Ms. Morman is known as the Financial Economic Empowerment Guru, she has been in health and finance for over 20 years. She believes, “Your health is your wealth.” Her professional experience, knowledge and personal background overcoming her own financial challenges has served and continue to serve as an asset for Morman and Company and an extreme benefit to each community in which she serves. With the belief in the wealth creation opportunities that an independent business can present, Chantelle opened various successful service businesses within the community where she lived. Concurrently, Chantelle was Statewide director of a federally funded outreach program focused on sustaining the health of families within communities of Iowa. In this capacity, Chantelle was exposed to the needs of the community (change) and the opportunities not accessible to most people due to their lack of knowledge, education and motivation. She set out to provide financial education to build generational wealth, through customized financial planning, where no family is left behind! Chantelle founded Health & Finance MDs and later created Chantelle L. Morman & Company to offer an umbrella of services that challenges the status quo in Fort Lauderdale, FL. to provide a full realm of services to assist the individuals unique needs “without a cost”. 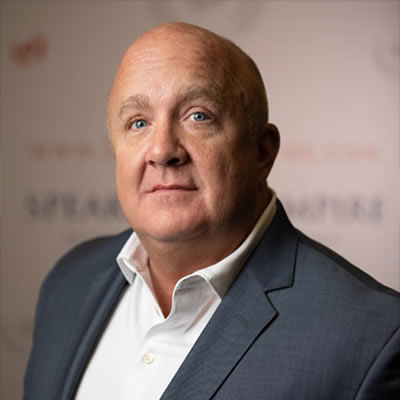 Damon Parker has spent more than eleven years working with doctors, helping them market their practices to become more profitable. In addition to his business degree, Damon has served as a Marine Corps officer and fighter pilot and has been a business owner and entrepreneur for nearly a dozen years. Damon has coached and trained more than 10,000 entrepreneurs on how to start and build a business and maximize its profitability.

Our Wealth Growth Summit on November 15-17, 2019, will be held at a location still to be determined.

Get Your Ticket Today!

I want more than to just attend! I want a ticket AND a package that includes access to the online portal. I'm ready to change my mindset and grow both personally and professionally.

Below are companies that are helping to make this event possible. We encourage you to learn more about each of them. In addition, if you wish to become a sponsor and promote your products and services to event attendees, please click here to download our sponsorship package.

Refund Policy: Since you will get instant access to all of our content in your package, all purchases are final. You are able to choose any event hosted by Champion Mindset Events. If you cannot attend, just transfer your ticket to one of our other events.